After last year’s hugely successful Valentine’s Day outreach at 15th and R streets NW, the bike ambassadors took it up a notch for 2014: Two outreach locations were selected, 500 valentines were hand-crafted by our volunteer team, treats were purchased, and plans were made. Our goal was to share the love of bicycling. 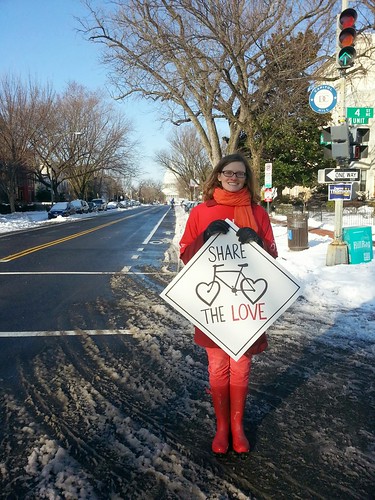 Just before our bike ambassador teams were to deploy, the weather challenged us by dumping several inches of snow! But despite snow-covered bike lanes and freezing temperatures, the ambassadors pressed on. 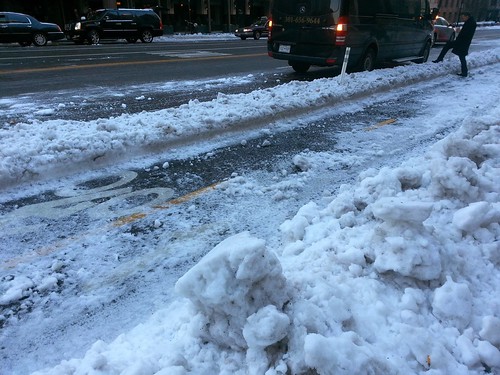 The first ambassador crew set up camp at the corner of East Capitol and 4th streets NE and waited for the morning rush. We typically see 150-plus bicyclists during morning commute outreach at this location, but due to the slush we only saw 3 cyclists in the 90 minutes we spent outside. Armed with an abundance of Valentine notes, we ventured out looking for recently-ridden bicycles (ones not covered in snow) all over the city on which to hang the leftovers. 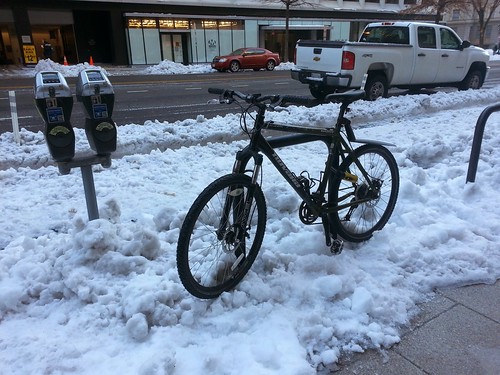 Some of our favorite Valentine messages included “We WHEELIE like you,” “Are you spoken for?” “Hope your commute is as sweet as you are,” “You’re just our speed,” and “We like the way you roll.” 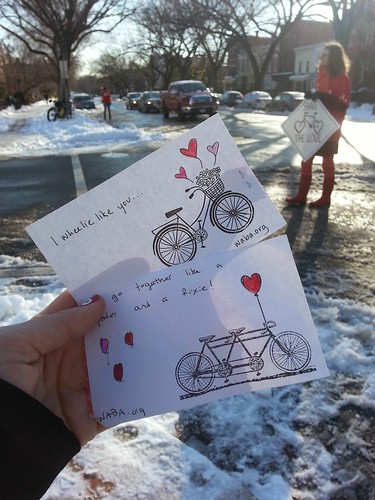 By the time the afternoon team set up at the corner of 15th and L streets NW, the cycletrack had been plowed and the sun had warmed things up. People were surprised to see us out there, but thrilled to have positive interactions to kick off the weekend! 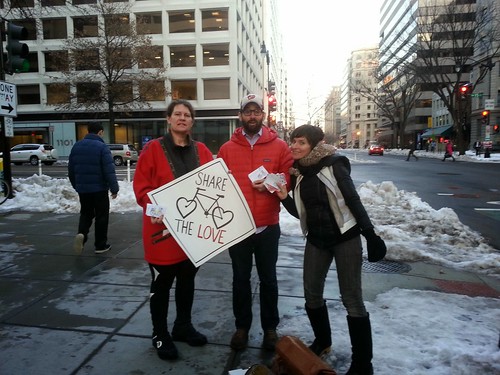