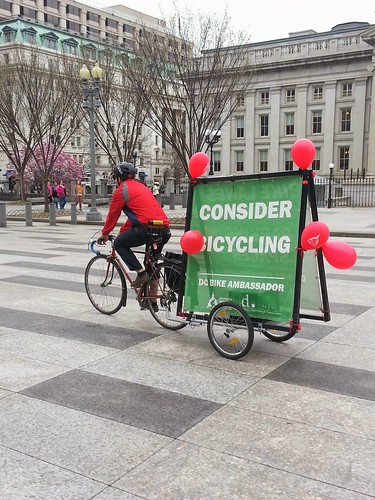 To kickoff the spring season, the Bike Ambassadors started a month-long project: the April Trailer Challenge! For our inaugural week, we had 12 volunteers participate for a total of 65.8 trailer team miles. The ATC is a campaign to message WABA’s offerings of bike education, outreach, and advocacy to a broader audience in a fun way! Our goal for the month of April is to get the Bike Ambassador trailers around as much of the city as possible. We’re aiming for 500 trailer team miles in just 30 days. To get things started, we trained volunteer Bike Ambassadors to pull the rolling billboards through the streets of Adams Morgan, near WABA HQ. Each ambassador got a chance to learn the basics and ride with the team at Monday’s kickoff event. During the first week of the challenge, the trailer made it to all four quadrants of D.C., including special pitstops at Nationals’ Opening Day, five embassies, the downtown cycletracks, and everywhere in between! Next week, we’re aiming to bring the trailer to all eight wards.

Have you seen our trailer? You can participate in the April Trailer Challenge! Take a photo and post it on social media. Tag us @wabadc using #bikeambassador (on Twitter, Instagram, or Facebook) and you’ll be entered to win a free bike tune-up. Check out all the photos from the April Trailer Challenge! For more information, contact the D.C. Bike Ambassador Program Coordinator Megan McCarty at megan.mccarty@waba.org. See you in the bike lanes in April! 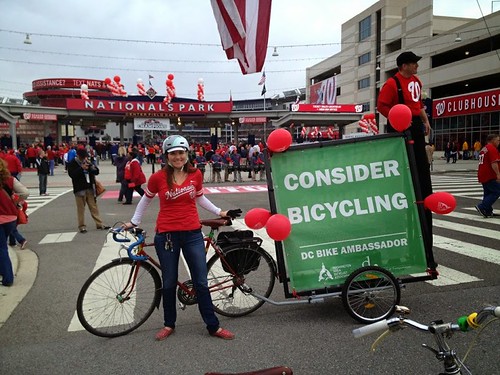 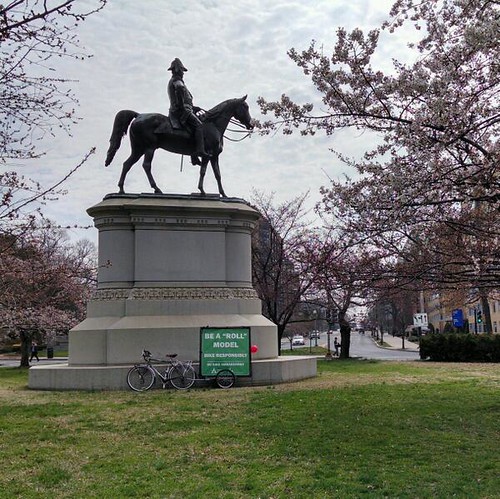 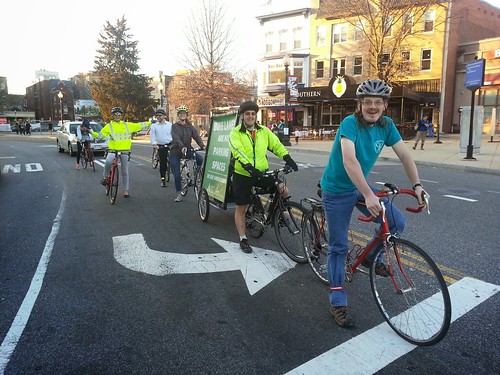 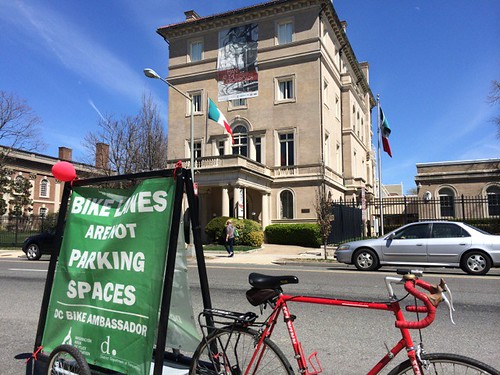