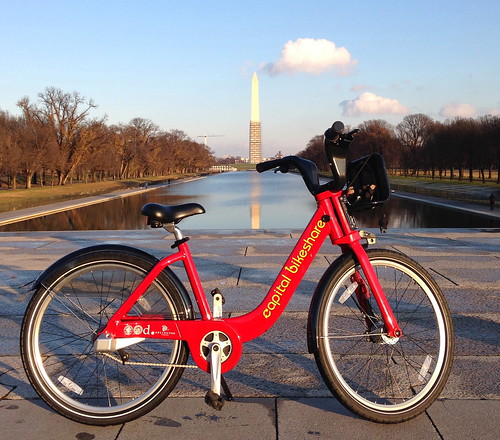 Tomorrow is a big day for bikesharing in Congress. Senator Charles Schumer of New York will introduce an amendment that allows commuters to pay for bikesharing with their transportation benefits. Last summer, the IRS ruled that paying for bikesharing was not allowed under the bike commuting fringe benefit. This amendment will fix this issue and allow commuters to pay bikesharing-related expenses with their benefits. The Senate Finance Committee will vote on a tax extender package tomorrow that includes commuter parity, giving those who take the bus the same tax breaks given to those who drive. In January, the maximum transit benefit was cut in half to $130 per month,  while the parking tax subsidy stayed steady at $250 per month. In a statement released by his office, Schumer says, “Bike share programs are an efficient, healthy, and clean form of mass transportation, and they should be treated the same way under the tax code as we treat car and mass transit commuters. It makes no sense for cars, trains, buses, and private bicycles to be covered by this program but not bike shares, and this legislation will fix that.” Senator Mark Warner of Virginia is co-sponsoring the amendment. According to the League of American Bicyclists, the amendment will have the following effects: Please take one minute and ask your Senator to support the bikesharing commuter amendment now.