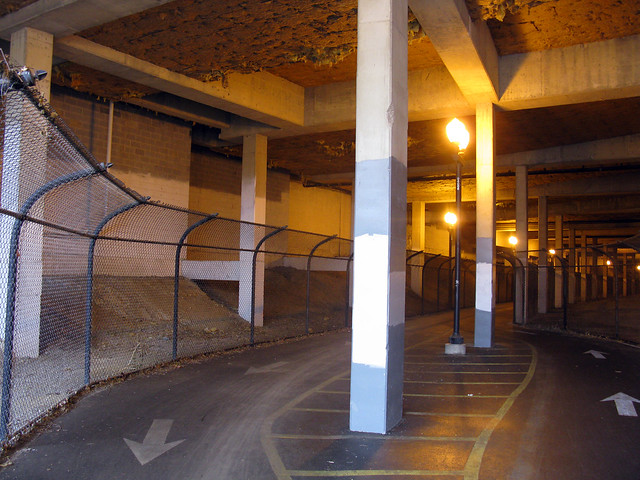 Plans have fallen through for a Capital Crescent Trail tunnel underneath Wisconsin Ave in downtown Bethesda. Montgomery County attempted to facilitate a redevelopment of the Apex Building that would have allowed a large and more efficient Purple Line light rail station and trail tunnel. In a closed session several weeks ago the County Council, at the recommendation of County Executive Ike Leggett, decided not to move forward with this attempt. WABA is disappointed that the county has abandoned these plans. The Capital Crescent Trail is one of the most travelled multi-use trails in the county, and the Purple Line transit project is a once-in-a-lifetime investment in better trail infrastructure. Redevelopment of the Apex Building would have allowed for the best possible station and trail. The construction of the Purple Line will connect the Capital Crescent Trail to Silver Spring and will upgrade all trail crossings along the corrdidor, which is why WABA supported the project. The loss of a grade-separated crossing where one already exists is a significant compromise and loss. Wisconsin Avenue is the busiest road in downtown Bethesda. More than 1.3 million people use the trail annually. An at-grade crossing of this road is not an acceptable long term solution.

Repeat, there will be no trail tunnel.

A redevelopment of the Apex Building would have allowed the Maryland Transit Administration (MTA) to design a larger, more efficient Bethesda Purple Line station with better multimodal facilities. A new building above the station would be considerably taller and denser. The plans also included a bicycle and pedestrian tunnel underneath Wisconsin Ave for the Capital Crescent Trail. With this latest news, the MTA will go forward with the original plan for the project: when construction begins in late 2015, the existing trail tunnel will be closed and the light rail station will be built in that space. The completed station will include a very narrow pedestrian (and walking bicycle) entrance from Woodmont Ave. The Capital Crescent Trail will follow a surface route described below.

Now what happens to the Trail?

Plans for the Purple Line have always included the construction of an additional “surface route” for the Capital Crescent Trail through downtown Bethesda. You can think of the surface as the “business route” and the tunnel as the “express route”. The Montgomery County Dept. of Transportation is developing the plans for the surface route right now. The Coalition for the Capital Crescent Trail (CCCT) and WABA have been involved for over a year with a stakeholders group advising MCDOT on their plans. With the tunnel now off the table, the surface route will carry all of the traffic on the Capital Crescent Trail. The stakes are now much higher for the design and execution of this surface route. Councilmember Roger Berliner has tasked MCDOT to build a “gold standard” trail experience for the at-grade crossing of Wisconsin Avenue. MCDOT is hoping to have draft plans to present to the public later this fall, finish designs and begin construction by next summer. This sounds like an aggressive timeline because it is one—the surface route must be completed before construction starts on the Purple Line, as the tunnel will be closed. We will post notice about a public meeting here when the information becomes available.

What next for the trail?

WABA has been working for more than two decades on the Capital Crescent Trail. The trail is a well loved community resource which provides an important recreation, fitness and transportation benefit to visitors and residents of all ages. The vision has always been a seamless trail from Georgetown to Silver Spring. While the Purple Line will complete a major gap in the trail, it leaves behind a new one. We are disappointed by this loss of an tunnel option and hope that County officials exhausted all options before making this decision. We expect a safe, grade-separated crossing of the trail at Wisconsin Avenue to be the long-term solution.