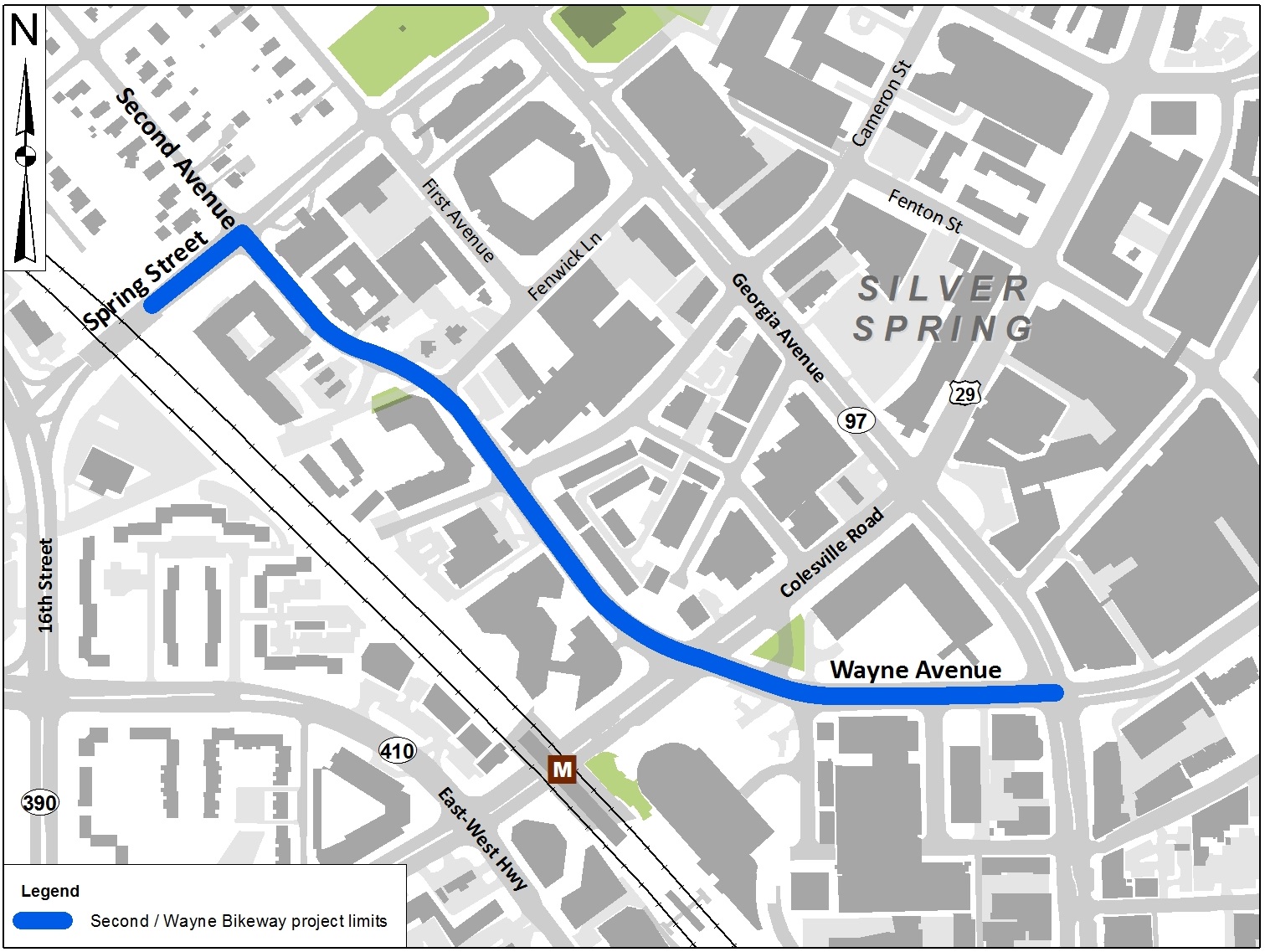 This project will follow the Spring Street/Cedar Street Separated Bike Lanes project (the county’s 4th protected bike lane), which is being constructed in Spring 2017. It will connect to, and extend, those lanes west – where they will connect to the future Capital Crescent Trail.  On the east side, it will connect to the Silver Spring Green Trail. Because the road has different widths in different locations, the design differs from section to section. From Spring to Fenwick, there will be conventional 5′ wide bike lanes. From Fenwick to Colesville Road there will be one-way, 6′ wide separated bike lanes on each side, with a 6′ wide buffer.

From Colesville Road to Georgia Avenue it will have a 2-way, 8′ wide separated bikeway on the north side of the street. This will be accomplished by moving the curb in and taking advantage of an old bus bay.

The most unusual, and likely most controversial, part is the so-called “Colesville Transition,” where eastbound cyclists will turn across the avenue to the north side to join the two-way bikeway. Other intersections will be redesigned too. Designs use two-stage queue box pavement markings, colored paint, and floating bus stops.

And at Spring and Second there will be a protected intersection. The final design should be done this upcoming summer, with the 3-4 month project starting in late 2017 or early 2018. A .pdf with the full current design can be found here. David Cranor is the Chair of the DC Bicycle Advisory Council and writes about bicycling in the area at The Washcycle

Submit comments to improve the design

This project is sorely needed in downtown Silver Spring, yet even one block of dangerous design makes the whole network less useful. There is still plenty of time to improve these shortcomings, but we need your help to show that there is demand for these changes. Public comments will be accepted until December 21st.

Click here to submit comments to improve the design