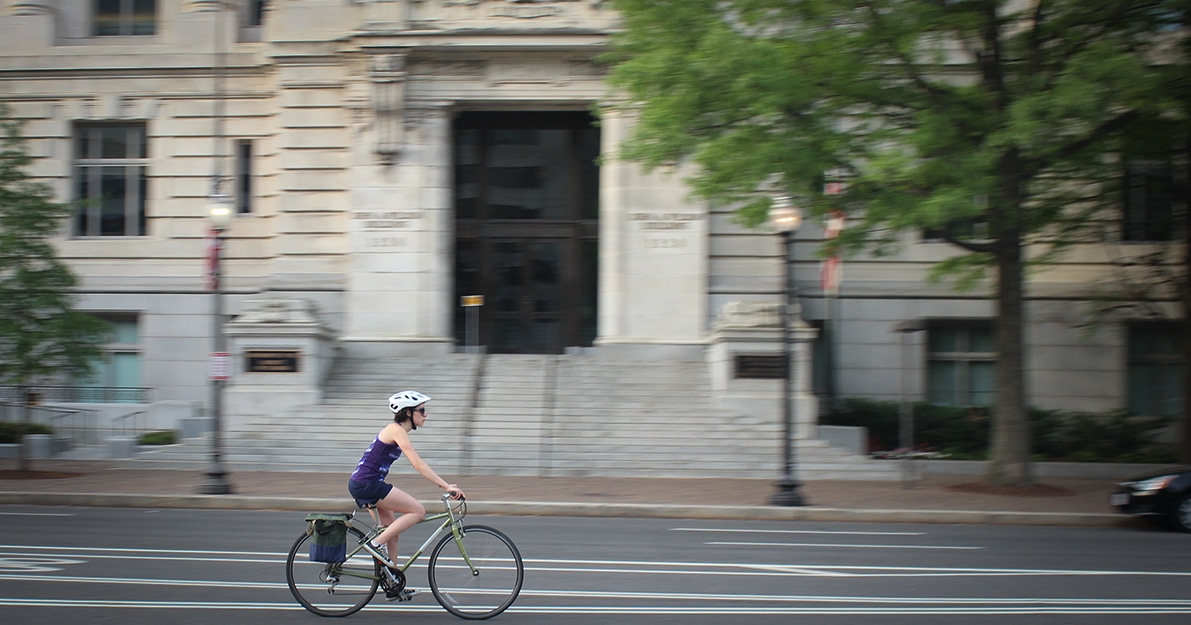 On June 28, the DC Council voted unanimously for the Bicycle and Pedestrian Safety Amendment Act of 2016 (B21-335). Mayor Bowser signed the bill in late July. It will become DC law at the end of August after 30 day period of Congressional review.  Highlights of the Act: We didn’t get everything we wanted here, but it is a step in the right direction to making D.C. a truly multi-modal city. The legislation is the culmination of the efforts of the Bicycle Pedestrian Working Group convened by Councilmember Cheh last summer, on which our Executive Director Greg Billing served.  As-introduced, this bill represented the consensus items of that working group—which meant some good ideas generated by the group were not aired in the legislative process. Despite initial consensus, stop as yield (aka, the Idaho stop) was removed from the bill amidst last-minute opposition by AAA and MPD.  WABA also pushed the Council to include a city-wide speed limit on local streets of 20 mph and a city-wide ban on right turns at red lights; neither of which are included. Additionally, while other major components of the Mayor’s Vision Zero bill were incorporated into the Bicycle and Pedestrian Safety Act, distracted driving provisions were not included. We hope to see those provisions strengthened and combined into a stand-alone bill next legislative session.