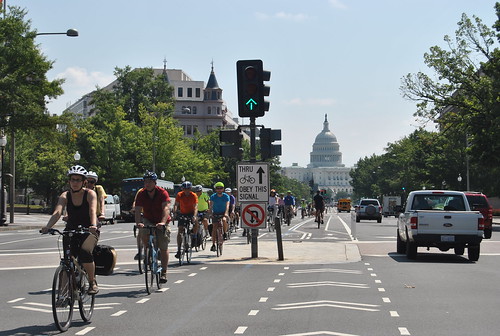 Throughout the Washington area, bicycles are generally treated as vehicles and bicyclists as operators of vehicles. There are, however, some notable exceptions. In addition, WABA, DDOT, and the District’s Metropolitan Police Department have jointly created the WABA Pocket Guide to DC Bike Laws The League of American Bicyclists has compiled a state-by-state summary of bicycling laws in the United States, including information on the laws of the District of Columbia, Maryland, and Virginia. Key Points: