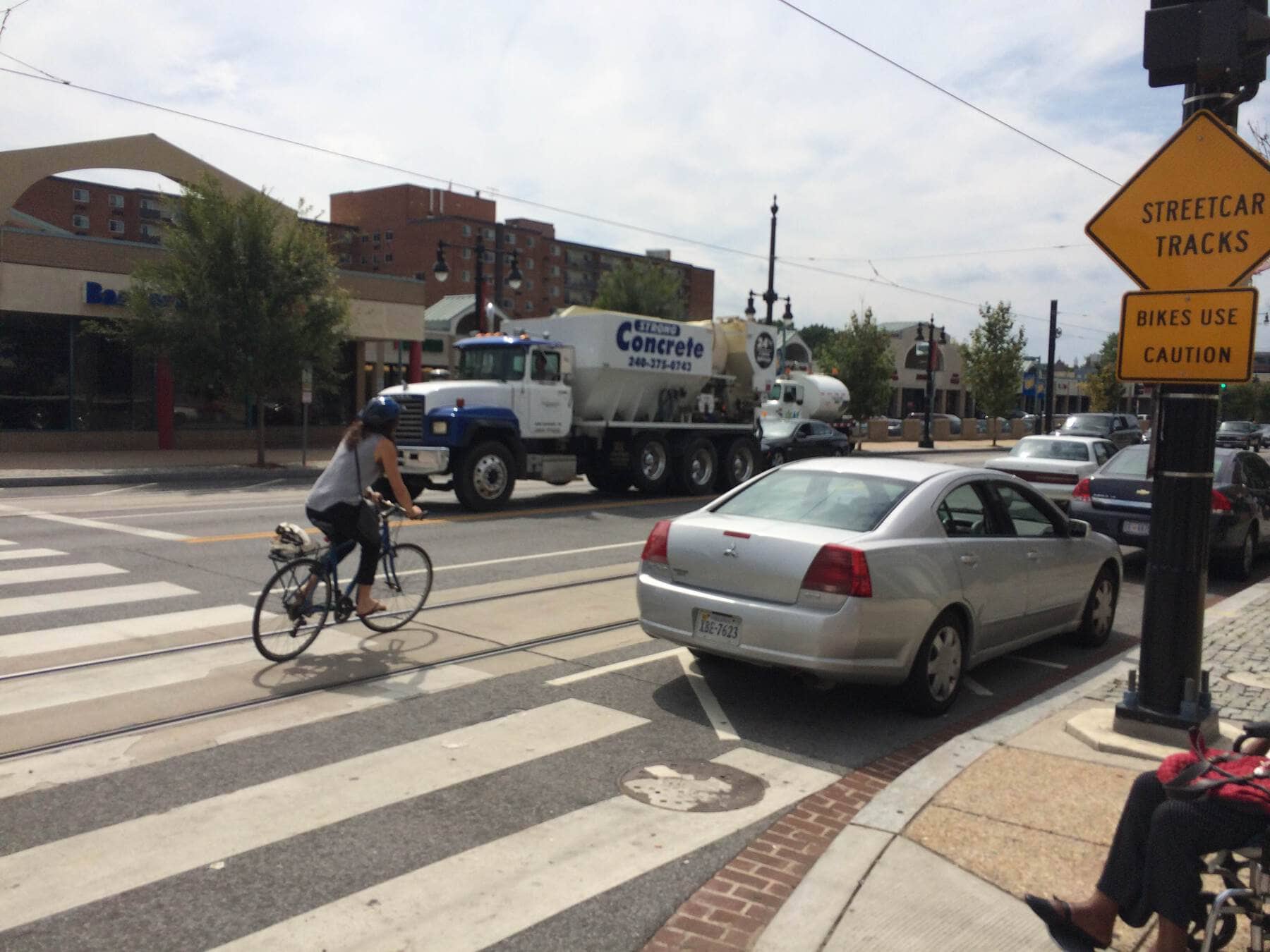 This is part of our Women & Bicycles blog series,  part of WABA’s initiative to build a stronger women’s bike community and get more women on bikes.  These posts aren’t exclusive to women, but they’re produced with and through the Women & Bicycles’ programming. Click here to learn more and get involved. 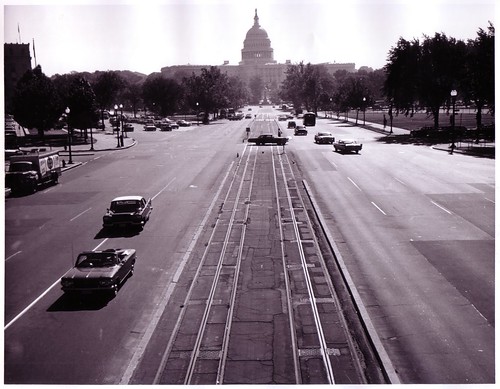 Even though  Streetcar won’t be up and running until 2015 (at the earliest), people who bike along the H Street corridor interact with the system on a regular basis. These interactions are not always friendly. Since the  installation of tracks along the H Street corridor, WABA has received many reports of bike crashes involving the tracks. Here are the three most important tips for avoiding hazardous encounters with streetcar tracks: 1. Never ride between the tracks. 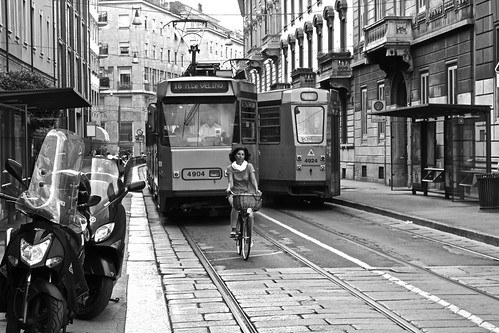 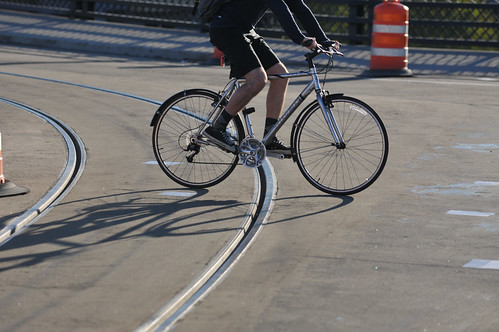